Pinterest Influences 37% of Men to Purchase & 25% of All Users

Women make up the majority of Pinterest users with estimates varying from 60% to 90% of the user base.  It turns out that men report being more than twice as likely as women to have purchased a product or service after discovering it on the social network according to a recent Compete survey released in June 2012. 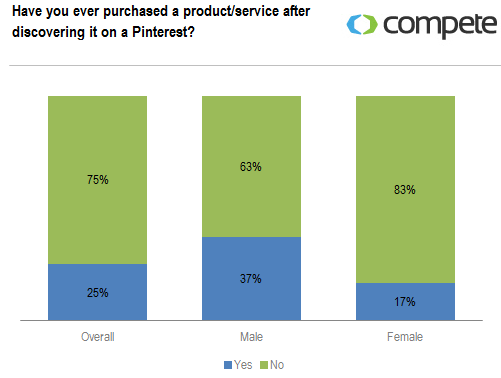