New statistics from Experian Hitwise shows Google+ is growing fast, thanks to a young demographic and significant traffic from other Google websites and tools.  The internet analytics firm has released its first set of data regarding Google’s new social network. Although the data only extends to July 16, it provides a detailed picture into the numbers that are driving Google+’s growth. 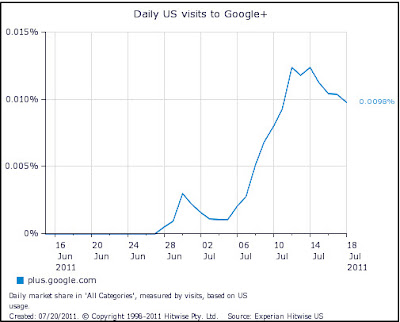 Below are some of the most interesting stats from Experian Hitwise’s report:
Internet Builder Consulting and the Social Marketing Builders teams of experts are busy helping customers setup their Google+ and other social media marketing (Facebook, Twitter, LinkedIn, MySpace, YouTube and more!).  Contact us today for a consultation or have our experts setup, manage and market your company on social networks for as little as $350